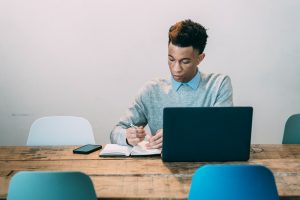 Documentary credit is a payment technique that facilitates and secures international transactions. Concretely, a bank undertakes, on behalf of its client (the importer), to pay the price of goods or services to a beneficiary (the exporter) within a specified period; in return, the exporter sends a remittance of previously agreed and compliant documents proving the value and shipment of the goods or services.

Documentary credit, also called a credoc, is used when the amounts of the transaction are very large or when one of the parties has doubts about the morality or solvency of the other. In this way, it makes it possible to secure international transactions and constitutes a guarantee for the exporter and the importer .

Note: the documentary credit system is a separate transaction from the sale of goods and the transport contract.

Which companies are the documentary credit for?

Thanks to its worldwide use and its reliability, documentary credit has become the most widely used means of inter-professional payment in France. Created to secure international commercial transactions, it is particularly suitable:

Note: the effectiveness of the payment transaction depends as much on the reliability of the banks as on compliance with formalism. Before opening a credoc, the instructions must be clearly detailed and scrupulously checked at each stage of the operation.

Generally, four main players are involved in a documentary credit operation: the importer (the buying client), his bank (the issuing bank), the exporter (the seller) and his bank (the advising bank). A fifth speaker can sometimes be called upon: a confirmation bank.

With irrevocable and notified credit, the risk increases depending on the political or economic context of the exporting country. In a situation of force majeure (political unrest, economic or social crisis, etc.), the seller’s bank does not guarantee payment. 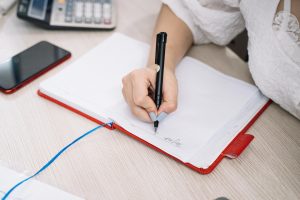 Like the bill of exchange , the promissory note is part of IOUs and more specifically of the category of commercial paper . This financial document therefore represents a means of commercial payment, generally used by small and medium-sized enterprises, craftsmen or traders.

Concretely, it is a writing written by the subscriber (drawer or debtor) who undertakes to pay the drawee, ie the beneficiary, a predefined amount and on a date set upstream. Please note: a promissory note cannot have an expiry date of more than three months.

The promissory note differs from the bill of exchange in one aspect, here it is the subscriber who assumes responsibility for the payment and who undertakes to honor it. Also, it can be produced in two distinct formats: either paper or dematerialized in the form of a statement written on a magnetic strip.

The BOR or promissory note raised is a dematerialized note . It is more precisely a computer file, in a format defined with the bank and teletransmitted between the subscriber and his bank.

The different types of promissory note

There are several forms of promissory note:

Another significant interest in relation to the bill of exchange, since the promissory note is written as a promise by the debtor to settle an amount on a named date, the creditor who endorses the note therefore does not have to guarantee or guarantee. wondering about the debtor’s acceptance, since it is the distributed title that guarantees the debtor’s acceptance.